Journalism has changed so much in the last twenty years with the rise of the Internet and the continuous ways that people consume news and media. Jobs that may not have been heard of yet are being developed as we speak, and by the time I graduate from university, countless more will have evolved with constantly growing technological advancements. Three important issues that I have found particularly interesting and relevant to my own experiences and future career objectives as a radio broadcaster or TV news reporter are time-management, innovations in media and digital convergence. This essay will discuss in detail why these professional and personal issues are important and how I as a media professional will need to respond to these issues to ensure success in this rapidly developing industry.

Relevance is a word that is widely used today especially in media circles, and as defined by the Oxford dictionary simply means “the quality or state of being closely connected or appropriate.” In the fiercely competitive world of international media where relevance to a content-hungry audience is crucial for survival; the Internet is now an integrated worldwide communications system that better “animates the capacity of events in distant places to have global resonance.” (Flew, 2007, p. 66)

Twenty years ago, there was no such thing as a ‘smart-phone’. People had separate pieces of technology that all had a specific use. Cameras were used to take photos, land-line telephones were used to make phone calls locally and internationally, the radio was used to listen to the news or music, the television was used for visually stimulating entertainment and the invention of the personal computer made it easier to explore the Internet and write emails. Through media convergence, we can blur the boundaries between different media systems and the ways people interact with content through the invention of the ‘smartphone’ which does all five jobs together in one. Not only does this make it easier to navigate, but people can now consume media wherever they go; easily, quickly and cheaply. With the development of these technologies, we can make sense of international events and promote a better understanding and have a continuing platform in which to produce, dispense and exhibit media content. (Turow, 2011)

Convergence and globalisation are contemporary trends having significant impact on all facets of media. (Turow, 2011) Being a child of the 80s, I grew up with computers but not smart-phones. I didn’t even have a mobile phone until I was fifteen years old, and this was at a time when Nokia was one of the most popular brands on the market. I must admit, I did not purchase my first ‘smart-phone’ until I was in my mid-twenties because I thought it was ‘stupid’ and believed you didn’t need a phone to go on the internet, when that is what a computer is for. I laugh at this now, but I sincerely couldn’t see why pressing on a screen was such a great invention.  I also was one of the last people at my work to get a Facebook account, because I was very traditionalistic in mind-set and thought it was just a phase people would get over like MSN messenger or myspace which was from my generation. I also did not want to become a statistic to the adage of ‘don’t succumb to peer-pressure’ and be like everyone else.

I realise now that growing up in a conservative household had a downside, but once I jumped on the bandwagon of social media and smart-phones, (moving from a blackberry to an Android and NOT an I-Phone) I realised having a closed-minded, stubborn outlook on how people connected with each other would be career-limiting, and I, like my peers and society in general, would have to move with the times or miss out on what is going on in the world and how we as media professionals have to now engage with the public to remain relevant in a sea of arguably passive or distracted consumers. (Calcutt & Hammond, 2011)

Journalism has changed so much in the last few decades as is the way the degree is structured at tertiary level. Platforms and tools that weren’t even heard of 10 years ago are now crucial for our success in this industry such as snapchat or Instagram. The skills needed to thrive are not just limited to having work experience or academic brilliance. Now, we must have the capacity to become multi-skilled, emotionally intelligent and being able to have a consistently but cautiously ambitious mindset in being able to take risks that would take us out of our comfort zones. (Oakes, 2014)

In the last three months, I have learnt to record audio and produce and edit my own video content for my own academic endeavours. Having the ability to think outside the box and not doubt my own abilities have seen me have continual success in areas that I thought I would struggle in. In the real world, the only way we can succeed in a jungle of competition, is to continuously strive to better ourselves and try to not only replicate but stay ahead of our competitors by understanding what our audience wants, and adapting to our environment with quick and efficient delivery of news by being innovative. Plain and simply, we won’t have an audience anymore and will become irrelevant if we fail to give the audience what they want in the way that they want. (Moncreif, 2014)

I never imagined that one day, we would be recording interviews with just a phone, or uploading video-content from the local eatery. As our jobs become increasingly mobile, so too is the need for portable technology that allows us to connect with the world quickly and easily.

“The belief that quality journalism requires excellence of expression grounded in extensive analysis might lead journalists to miss the possible contribution of social media in the field of news.” (Storsul & Krumsvik, 2013)

Whether we like to admit it or not, we live in the age of distraction. Take for example the latest fad to drive teachers and parents crazy:  the fidget spinner. This latest children’s trend is symbolic to our own identity as university students or future media professionals. Why? Because it promotes something different and innovative. One of the most significant aspects of childhood is the gradual change from separating yourself from your family and establishing your own identity. (Best, 2017) 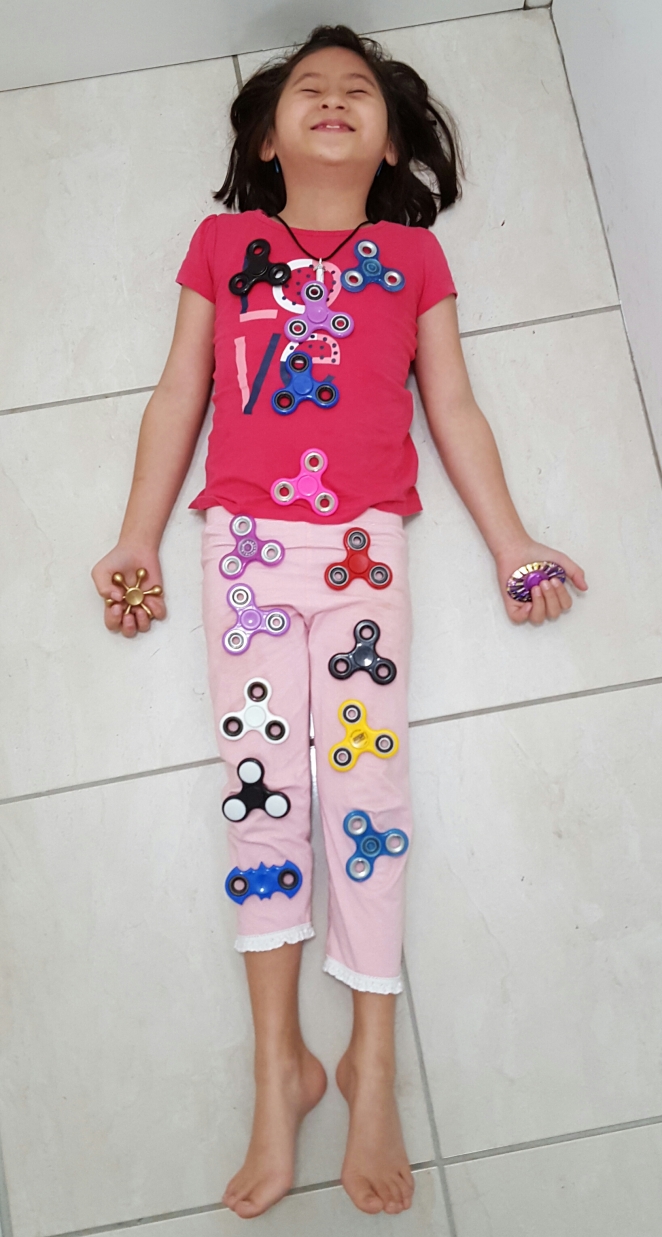 We become more satisfied and confident as adults once we realise who we are and what we want to do with our lives and why.

Adults are quick to label the younger generation as arrogant and self-absorbed who lack the respect of their elders and who are focused more on their time online rather than real world issues and face-to-face conversations. However, it is the younger cohort that know more about technology than we do as they were born into the technological age. They were also born into a generation where even at schools; students are using I-pads instead of notebooks, and the future younger versions of ourselves will likely tell us to “get with the times”. Technological innovation in regards to journalism and mass communication is an important tool in generating content to the masses, but the focus needs to be on nurturing new and relevant skills to ensure our media teams can effectively manage and dispense creative content. (Storsul & Krumsvik, 2013)

It is also younger people that also have concerns with their ability to keep up with the continual advancements of technology. (Perkins, 2015) We are now living in an era where people, especially the younger demographics are obsessed with online approval and validation on social media. Journalists clearly want a strong online presence too, but need to ensure they remain transparent. Journalists need to represent the facts and ensure credibility by being honest about the limits of their own knowledge and the impact of their own insight. (American Press Institute, 2017)

“The structures, routines, systems and processes that ensure survival and growth in stable environments, coupled with the self-identity and self-confidence that successful firms develop, can stifle the ability to change when the environment changes.” (Storsul & Krumsvik, 2013)

One good example of this was discussed by the Queensland Police Service (QPS) in their 2010 social media case study. As a government organisation, the QPS trialled a range of social media sites aiming to produce a strong social media presence that would develop into an online community of followers before a disaster occurred and engage with the public. It was seen that in the past, social media had “dominated mainstream media coverage” but were not able to effectively “contribute or manage it with their own social media presence”. (Charlton, 2011) Like the QPS, we as media professionals need to organically turn to social media as the vehicle to reach the public and the media in the shortest timeframe. (Charlton, 2011)

As a radio broadcaster myself, I know first-hand how universally enduring radio in traditional media is. But even this media platform has suffered at the hand of technological innovation. Just like television; online steaming or subscription services change the way that the public can access music and how. Radio stations interact with their listeners in different ways with most stations interacting online via social media such as Facebook, Instagram and Twitter as well as live-streaming on their websites. Video-cameras are now the norm in most stations, with radio announcers regularly filmed live for their shows, with many opportunities for listeners to interact with the programmes they listen to.

Time-management to me is also an extremely important personal skill to have as a media professional. We have learnt the saying from long ago: ‘nobody plans to fail, they fail to plan’ but procrastination and everyday distractions limit our abilities to follow through on our daily goals which can lead to stress and failure to meet deadlines.

“Journalism is stressful and changes in the field do not make it easier.” (Kangur, 2017)

The newsroom is a deadline-driven fast-paced environment. As a student, we must also adhere to deadlines regarding assessments and examinations throughout the course of our studies. Time-management is an extremely beneficial skill to have, as it will teach us to organise our day better to realistically achieve our goals and to use “constraints as opportunities.” (Lebowitz, 2017)

In conclusion, it is clear to see that the rise of the Internet has laid a strong foundation for traditional news media to create visually stimulating, interesting content across several platforms. The Internet has changed how information is circulated and through technological innovation, and digital convergence, it gives journalists the power to connect better with our target audience. As a media professional, we need to learn how to effectively use our time to be more productive. In the fast-paced newsroom, we need to ensure we are ahead of the game, not only for the sake of our company but in consideration of our own personal development. By setting the foundations now to establish good organisational routines, making lists, asking for help when required and a willingness to embrace change, we too can positively influence the future in our roles as media professionals.

Perkins, M., 2015. Older people concerned about keeping up with technology, one in five young people the same. [Online]
Available at: http://www.smh.com.au/national/older-people-concerned-about-keeping-up-with-technology-one-in-five-young-people-the-same-20150323-1m5hbf.html
[Accessed 8 June 2017].